Land Rover launched the latest new Range Rover at the beginning of this year – the 2018 Velar.

Providing the best of both worlds from sportier and more compact Range Rover models, does the Velar justify its hefty price tag? We took a look at how the Velar drives to decide for ourselves.

What is the Range Rover Velar?

Largely hailed as one of the sexiest Range Rovers to date, the Range Rover Velar came to us courtesy of the design talents of Gerry McGovern, whose impressive portfolio includes the LRX and Land Rover Freelander amongst others.

After a £1.5 billion investment into the site, it was announced in March 2018 that the Velar would be built at Jaguar Land Rover’s Solihull factory.

With the first Velars hitting the road this summer, motorists have been able to see what’s on offer from the SUV that’s “plugging the gap between the Range Rover Evoque and the Range Rover Sport”.

Sure enough, in a car that’s already drawing comparisons with a 4x4 designed by Posh Spice, the Velar packs a punch in the aesthetics department.

With 20-inch wheels, large exterior mirrors and an uncomplicated front view that’s not marred by unsightly step-lines, it’s every bit as beautiful as the Evoque.

But where the Spice Girl wagon may have lacked in brute strength and utter dominance of the road, the Range Rover Velar more than makes up for it.

Range Rover enthusiasts will doubtless recall the famed PR stunt in February 2018, which saw the RR Sport PHEV racing its way up 999 steps to Heaven’s Gate in China. Does the new Range Rover model achieve the same feat? It certainly makes the most of what it can do with a comparatively modest 2 litre engine.

Reaching 62mph in between six and nine seconds depending on the model, the Velar leverages its responsive, eight-speed automatic gear system efficiently, keeping engine noise to a minimum at conservative speeds.

When you place more demand on the engine, of course, this low hum turns into something of a roar, but it’s unlikely to spoil the comfort of your drive.

As ever, innovator McGovern has not overlooked comfort in the Range Rover Velar interior design.

Let’s start with the optional upgrades, including a back seat touch screen entertainment system, and for those trying out the HSE version, the opportunity to bump yourself up to even softer leather.

Alternatively, there’s a textured cloth option, but whatever design you go for, you can be assured that there’s plenty of room in the front cabin. You can also control the temperature of your own seat, which is always a bonus.

Passengers in the back seat may dislike the slightly compromised leg room due to the imposing nature of the front seats; moreover there is perhaps less light than they might like due to the shallow windows.

This is a small price passengers have to pay for the sleek, sloping exterior design. However, they do benefit from an arm rest with two cup holders and charging ports, plus an extra 12v mobile phone charging port on the back of the storage unit in the front cabin.

They also have their own climate control buttons to maximise comfort on those warmer days.

Back in the front cabin we see even more of the practical elements, including generously sized door bins (ideal for storing large bottles of water during the summer), cubby holes with USB ports neatly tucked underneath and two large cup holders.

Note the shape of these cup holders – one is a standard circle while the other is, curiously, square shaped. Perhaps this is part of the all new Range Rover 2018 face lift – accommodating for all sorts of packaging shapes. A large vessel of pop in one holder and a box of breadsticks should do the trick for those longer journeys.

So what exactly can technophiles get their hands on with the on-board computer system?

Positioned one above the other, aesthetically, the screens are very cool – the top one even pops out in one fluid motion, which is enough to excite the geek in all of us.

Perfectly positioned for your eye line, the top screen does what you would expect – here you can select media settings including Bluetooth, as well as satellite navigation and settings for parking sensors.

Unlike other SUVs, the benefit here is that everything can be seen in one display, so there’s no tedious flicking between media or navigation, for example.

The screen below contains what we would class as the auxiliary functions – here you can select more specific settings such as adjusting the terrain response system or climate control through your seat.

There are dials here to make this easier, but with so much real estate being taken up by on-board computers, this serves as a bit of a distraction and would be better suited to a passenger once you’ve got moving.

Besides being spoilt for choice by dual screen and steering wheel functionality, the Velar also serves Wi-Fi and provides in-car apps such as Spotify.

You can even use the Tile app to help locate your keys and wallet using just your smartphone – ideal for family journeys!

For a gentle spin around country lanes, we’d recommend putting the Velar into comfort mode, which provides a very quiet, smooth feel at higher speeds, though there is a minor shudder at lower speeds.

As ever, you’ll feel your domineering presence thanks to the classic Range Rover height – at between 1,685 and 1,723 mm, you have a comfortably high driving position and open plan view of the road.

There’s a large blind spot which is concerning, but the generously sized wing mirrors somewhat account for this.

Weighing in at 1,800kg, the Velar works hard to keep a good grip on the road, but it’s certainly not the sportiest SUV on the market today.

It can feel a little heavy depending on the model you’re driving, but if you upgrade to the gas-guzzling 3 litre V6, you can glide along merrily thanks to air suspension dynamic mode.

The 8-speed automatic gear box transitions through shifts smoothly, particularly if you’re picking up significant speeds in sport mode – just don’t expect to go far above 32mpg if you’re in a V6. Alternatively, on this version you can play with paddle gears on the steering wheel to your heart’s content.

Steering is a pleasure and very responsive, though you should avoid tight corners as you cruise in ultra-low-down sport mode.

But enough about roads – how does the Velar fare through a corn field? The terrain response system allows you to go into off-road mode, raising the Velar off the ground and adjusting the powertrain collaboration, as well as wade sensing for flooded areas.

You can even enjoy the “off-road cruise control” for low speeds, allowing you to sit back as you take in the countryside around you.

Starting at a whopping £44,830, it’s certainly a cheeky asking price, which escalates to an ever more audacious £72,630 for the top end 3.0 V6 PS80 R-Dynamic HSE. With a starting Land Rover Velar cost setting motorists back almost £10,000 more than its rival the Jaguar F-Pace, the Velar has to work hard to justify the asking price.

In some respects, it does just that. It’s fitting for family trips, packing an impressive 558 litre luggage space. It’s even accommodated for heavy luggage, with convenient air suspension that allows you to lower the boot and place your bags inside safely.

Despite the thirsty nature of the V6, a base diesel Velar engine will achieve, at best, 52 mpg, but in reality you may find it’s considerably less efficient, particularly if you throw caution to the wind and slip it into sport mode.

For those worried about car tax, the standard 2 litre Velar diesel will emit 142g/km, making it far more favourable than other SUVs for emissions.

Top speeds wise, the Range Rover Velar speed starts at 4mph quicker than the Jaguar F-Pace, which begins at 121mph, but the Velar cannot dream of reaching a top end F-Pace’s max velocity of 178mph. In truth, it is no Range Rover Sport.

So, would we recommend the Velar?

If you’re looking for an economical run or nail-biting speeds, probably not.

If, however, you want an incredibly stylish vehicle with a smooth drive, try the Velar for countryside sojourns and a few open-mouthed stares from kids at the school gates. 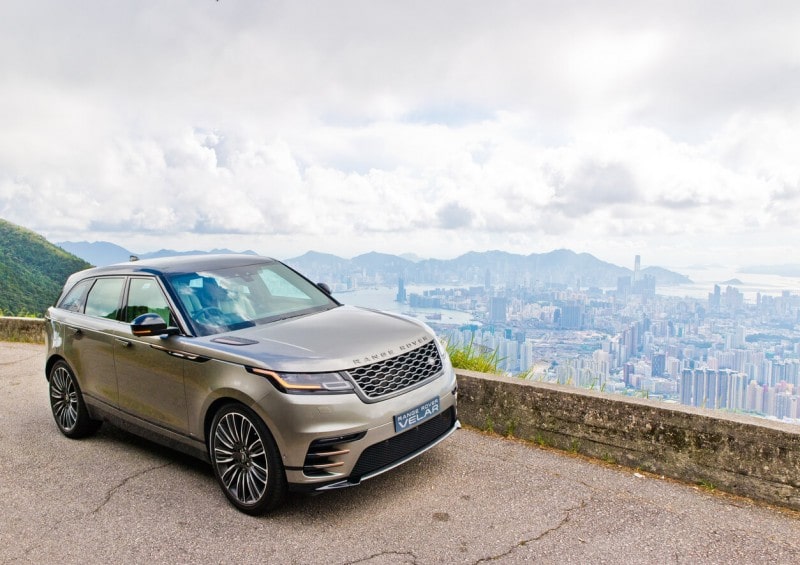 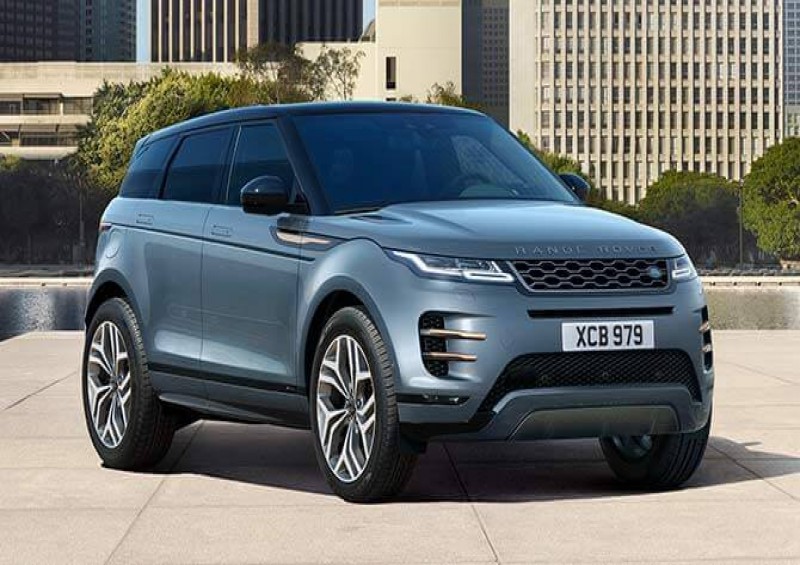