“Hot hatch” might sound like something you’d find in a lonely hearts column, but the VW Golf GTI could not be further from this – it’s the definitive high performance hatchback, and we all feel a little cooler for having driven it.

The latest hot hatch release from Volkswagen comes off the back of a makeover in 2017, during which we were introduced to the infotainment and the updated VW Golf GTI performance pack.

It’s certainly got its fair share of rivals, including VW Group’s own SEAT Leon Cupra 300, the Hyundai i30 N and the Ford Focus RS, but Volkswagen are confident.

“The Golf GTI is a car that everyone, regardless of their ability, should be able to drive to maybe 90 per cent of its maximum within a few minutes,” they say. So, are they true to their word?

A quick search of VW Golf GTI for sale UK will reveal the multiple options we have for the latest addition to the range.

The famed Golf GTI engine has been given a facelift to give it more power, so there’s a lot to be excited about with the Golf GTI 2018 BHP.

Alternatively, you can go for the R Superhatch at 296 BHP, which, incredibly, had to be reduced to 296 following regulations from the Worldwide Harmonised Light Vehicle Test Procedure!

Whatever your choice, as standard the Volkswagen Golf GTI specification comes with a six-speed manual gearbox or a seven-speed twin-clutch GSD box.

We should probably start with the brand spanking new infotainment system, which is one of the only things that’s totally new about the interior, but we’ll come to that. It’s a very intuitive 8-inch touchscreen which is responsive and easy to use – considerably easier than the 308 GTI.

On both sides of the screen you’ll find two touch-sensitive shortcut buttons, as well as two rotary switches. The former helps you navigate between main menus with ease, while the latter controls volume and general scrolling or zooming in and out of the satellite navigation system.

It’s not ground-breaking, but it’s easy, and that’s a welcome change from other infotainment systems we’ve seen.

Another welcome change is the integration with our favourite mobile products, including Apple CarPlay, Android Auto and MirrorLink, technology which has eluded some SUVs we’ve reviewed in 2018.

The latter allows you to mirror your smartphone to the screen – ideal for negating distractions – while there’s also the more standard Bluetooth and DAB radio functions.

Of course, you can upgrade to a 9.2-inch screen with a few more features, but this probably doesn’t warrant the additional cost.

Other kit includes the prayer-answering Car Net System, which features three years’ online traffic data information and fuel prices – perfect for when you venture out into the countryside and are suddenly stung by the petrol costs.

Inside, we have a nod to the iconic 1976 design – the classic tartan trim and the golf ball gear lever, as well as the world-renowned three-spoke steering wheel. There’s a non-tartan version for those opting for the R instead, but we love a classic.

Visibility is certainly a plus thanks to the large, square windows and slim windscreen pillars, giving an all-round better view when you’re making those tight manoeuvres.

It’s a slightly different story on the rear pillars, but technology is the GTI’s middle name: front and back parking sensors will make sure that’s not a bother.

The driver’s seat position is comfortable and lines up well with the pedals, offering a 12.3-inch information screen behind the wheel.

Family outings are no problem thanks to the roomy backseat, which comfortably accommodates three children and is noticeably larger than the Ford Focus.

The real added bonus is the boot – packing a generous 380 litres of boot space (compared to the Focus’ 318) there’s room for everything and the kitchen sink.

Practicality-wise, it comes with a variable height boot floor for slinging your luggage into, and separate storage for more delicate items.

If you’re fussed about aesthetics, there’s more of an exterior design change than there is an interior one.

This time around we have the rather snazzy red stripe that runs across the grille and into the headlamps – everything about it screams “come and get me”.

In less obvious design features, we have a roof spoiler and GTI badging, with a bodykit and the all-important sports exhaust.

So just how does that sports exhaust contribute to the drive?

Naturally, the most notable feature is the VW Golf GTI dynamics system, which makes light work of even the trickiest road conditions, particularly when upgrading to the Adaptive Chassis Control system.

The GTI handling is dependable with or without this, and even in Sport mode, we feel comfort and precision when taking to Britain’s roads.

In Comfort mode, we have lower and stiffer suspension, but this is simply not noticeable as we glide along without a care.

Variable ratio steering, though it takes a while to get used to, is a very handy feature. It senses the amount of lock on the wheel and adjusts the steering accordingly which, in conjunction with the best performance tyres out there, provides a very stable grip on the road surface.

There’s plenty of power with the GTI torque, packing 258lb to be exact (at the lower level three-door model) and you’ll find it’s most comfortable above 1,500 RPM.

All of this comes with that lovely throaty sports exhaust, and you can expect to reach 62mpg in just 6.4 seconds.

This is reduced to 6.2 seconds in the Performance pack, but again, it’s probably not enough of a difference to justify the cost on that alone.

With a combined MPG of 47.1 and COS emissions of 139g/km, we were amazed to see the GTI fitting neatly into band E for Vehicle Excise Duty.

All that power and environmentally friendly – there must be some sort of catch, right? Well, it’s one thing to claim 47.1 MPG in a testing environment and it’s another to actually achieve it in practice, but we can’t find a lot of fault with the GTI when it comes to running costs.

Even better, it fits into group 29 for insurance – a whole five insurance groups lower than its predecessor. This is, of course, thanks to its nifty emergency braking system. So if you’re looking to spoil your teenager with a boy racer car, you can at least be assured that the GTI has safety on the mind.

It’s one thing to consider the running costs, but what about getting your hands on one in the first place? The current VW Golf GTI price (UK) stands at anywhere from £17,570 for your lowest spec three-door right up to £32k for your top spec, or even £34,340 if you’re branching out into the R range.

Current VW Golf GTI lease deals are offered at a starting price of around £298 per month (including VAT), which is very reasonable for what you get out of it.

If you feel like taking it on the track, expect to reach peaks of 155mph in the top spec Performance 2.0-litre TSI 230 PS DSG 5dr, or down the lower end of the scale, a more conservative 147mph.

It wouldn’t be fair to say that a hot hatch has it all, but it’s near perfection with the GTI.

We have the classic interior design that will take drivers of a certain age down Memory Lane to the 70s, but we also have the performance of a boy racer car with far more class.

It’s bigger than the Focus and it’s more technologically advanced, without baffling drivers or distracting them with an over-complicated infotainment system.

With the 2017 facelift, it’s clear that one thing that was on Volkswagen’s mind for the GTI was performance.

Miraculously, it manages to achieve breakneck speeds and still offers a very family-friendly emissions record, so it’s as adaptive as you need it to be.

This hot hatch chameleon will provide hours of fun zipping around country roads and keep the kids entertained on long journeys in equal measure.

There are minimal drawbacks – perhaps its reliability is its downfall; it’s not the most exciting car we’ve ever driven but it scores highly across the board, even compensating for design faults like poor rear visibility with front and back driver-assist technology.

It’s poised, it’s professional, and it’s a refreshing reminder that you really can drive a high-performance hatchback without breaking the bank. We’d happily drive the VW Golf GTI again and again. 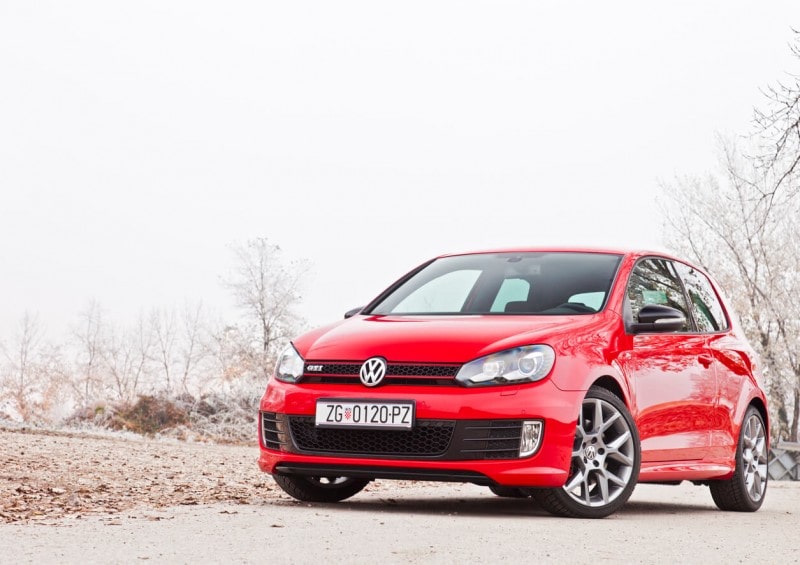 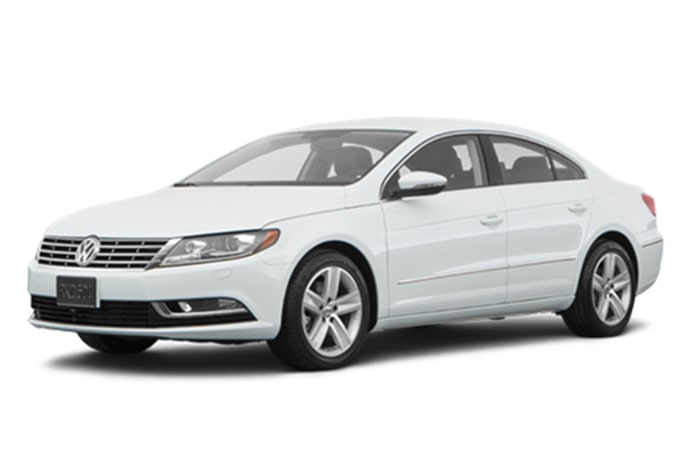