It was in 1963 when Porsche first introduced the 911 to the world. A two-door grand tourer featuring a rear-mounted engine and independent rear-suspension, the 911 has gone on to be one of a few supercar legends.

Yet there was no resting, nor retiring for the 911 – it has undergone almost continued development in over five decades since that time. The basic form has remained an eye-pleasing constant, making the 911 one of the most recognisable sports cars of the last half-century.

Not just aesthetically, but in performance the 911 has excelled, with legendary success in the racing world with major wins at fantastic venues such as Daytona, Sebring and the Nürburgring. Derived from the 911, the sister car, the 935 Turbo even won Le Mans in 1979.

It took 26 years, however, before the undisputed thoroughbred version of the 911 stable was gifted to the world.

As part of the ongoing development, the performance of the car has been continually improved since that time, with nine different versions each breaking the barrier of its predecessor.

The latest model delivers 475 hp and cuts the 0-60 time to a blistering 3.3 seconds from its 3.8 litre naturally aspirated flat six.

With an almost-amusing nod to its origins, the 911 GT3 has managed a similar level of racing success. Seven straight class wins at the American Le Mans Series, winning 24 Hours at Daytona and besting the 24 Hours at Nürburgring an incredible six times mark the car’s illustrious racing career.

Perhaps the finest point about the 911 GT3 has nothing to do with its racehorse pedigree or the impressive statistics that improve upon each interaction. No, the true power of the car is the fact that it is a street-legal car capable of delivering a ride that will blow your mind!

The newest version of the car includes a direct injection system that has been reworked with the advanced lubrication to allow it to rev as high as 9,000 rpm and deliver an impressive 325 lb. ft. of torque.

For a car that weighs a little over 3,000 pounds, the numbers are remarkable. Combine all this with the seven-speed PDK gearbox and twin-clutch transmission and the car comes out of the gates blazingly fast.

True, some people have a problem with the flappy paddles of the gearbox and complain that it’s not truly manual, but the power that is passed to the rear wheels surely makes up for any personal distaste.

Not content with giving the car the finest mechanical engineering, the electronics of the GT3 are equally impressive. There is an active rear-wheel steering system that can turn up to 1.5 degrees – it doesn’t sound much but it adds an incredible amount of response when throwing the car around a corner and gives it the feeling of a slingshot leaving the bend.

All of this is made more dramatic when you take into account the variable rear limited-slip differential and the brakes which deliver torque vectoring.

Electronic stability control becomes more of a necessity than an add-on, and of course it is included with three different settings which make a difference between early intervention, severe tail-wagging and finally to off – though anyone able to drive the car at speed with the control off probably is a regular on the formula one circuit! 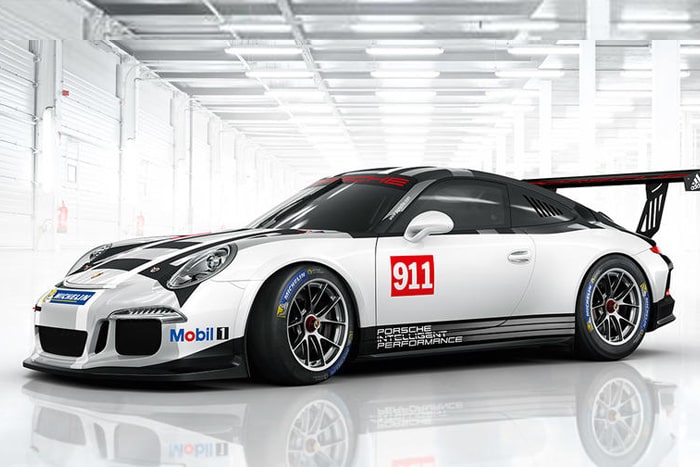 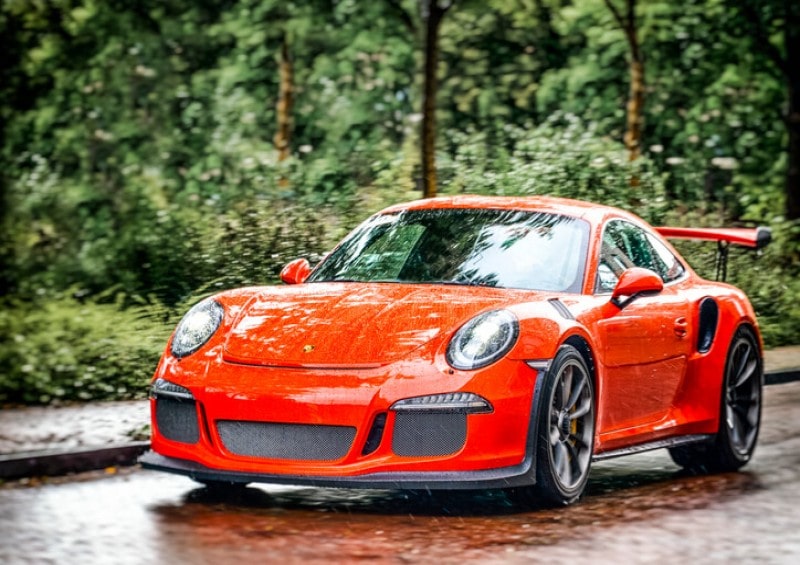