While the older versions of the Honda CR-V could look a little boring, the fourth generation of the vehicle tries to buck this trend with a more aggressive look.

There’s a prominently set grille with deep-set headlights giving the front of the car a sense of ferocity which has been missing with previous models.

The shoulder line is strengthened and from the side, the wheel arches have been adjusted to look more athletic, resulting in a more pleasing and aggressive body overall.

There’s plenty of comfortable appeal within the cabin of the CR-V. It loses on value in comparison with the Audi Q3, but everything that’s here has a sense of aesthetic connection with its surroundings.

With lots of soft-touch plastics on the upper section of the dashboard, it has a nice quality, which isn’t lost as you move lower and towards the door – the latter doesn’t quite feel as up-scaled, but they avoid any sense of cheapness.

The speedometer is pleasing; large and prominent in the centre of the dashboard without distracting from the other instrument dials.

With a full range of adjustments in both seating and steering wheel placement, the driving position is effective and comfortable and compares favourably to the previous designs.

Unfortunately, the overall impression of the cabin functionality is marred somewhat by a slightly substandard sat-nav – completely functional but lacking a 3D driving option and coming off as a lower quality addition.

Here Honda shines ahead of its rivals. There a lot of room in the front cabin and it’s pleasingly comfortable, but where the car really impresses is with the rear seat room. Even with the front seats pushed back to their limit, there’s enough space in the back to fit adults – including head and leg room. No chance of being squashed in here!

The lack of the transmission tunnel means that three adults can comfortably ride in the back of the car without the worry of leg cramp – there’s even dedicated air vents for the rear passengers which many of its competitors lack.

With a boot that’s larger than many estate cars (589 litres as standard, a staggering 1,669 when you fold down the seats), the Honda CR-V really does shine when it comes to interior space.

Utilising this space is simple too, with levers to either side of the luggage area which enable to moving and storing of the rear seats in a single quick motion.

With firm suspension that gives a very comfortable level of stability on motorways, the Honda CR-V is a tight, clean car to drive that doesn’t get bumpy at lower speeds. While not as luxurious as a LandRover Freelander, it’s a very impressive and enjoyable ride.

The car stays tight to the road – there’s not much body roll and the steering gives good feedback when turned sharply, if a little unresponsive when trying for lighter touches. There’s no pretending that the CR-V is a titillating ride, but for an everyday vehicle, it is extremely capable.

Available as a four-wheel drive in all models, the petrol S and SE trims also come as a two-wheel drive version.

With the most common choice likely to be the 2.2 i-DTEC diesel, there is also the petrol option – it doesn’t work quite as well as the diesel but is still a worthwhile option.

Despite its power, the engine maintains a low level of noise and is quieter than some of its competitors, adding to the feel of comfort and luxury.

It’s available as a five-speed automatic or six-speed manual, and with both the gear changing is problem-free. The manual is somewhat preferable due to the lack of decisive gear switching in the automatic.

With the diesel fuel economy running to 50.4mpg, the car will be very inexpensive to run. Emissions are 149g/km of CO2 in the S and SE versions, they are slightly worse in the SR or EX upgrades at 154g/km (and a corresponding mpg of 48.7).

The automatic adds another hit to the economy and emissions, with mileage at 42.8mpg and CO2 rising to 174g/km (or 41.5mpg and 180g/km in SR and EX options). Further down the scale is the petrol two-wheel drive at 39.2mpg and 163g/km and four-wheel drive version coming in at 168g/km.

The resale value is good though – as with all Hondas, and it holds its own against its mainstream competitors here.

With some excellent reviews after time with the car, and generally strong customer satisfaction, previous models show very high reliability which speaks well for the newer CR-V – this should be a very reliable car for the money.

There’s nothing too futuristic in the engine, so comparing it to past models is not unreasonable, and thus the long record of reliability holds good ground. Honda itself promotes the car as such, with the words ‘reliable, capable and reassuring’ appearing in its marketing. Seems to be right on the mark.

Every CR-V comes with Vehicle Stability Assist, front and side airbags and curtain airbags for the driver and front passenger.

The higher specification EX-cars have options to improve this further with Honda’s Collision Mitigation Braking System that makes the car automatically lower speed when driving at generally low speeds when the sensors detect a car about to pull in front. 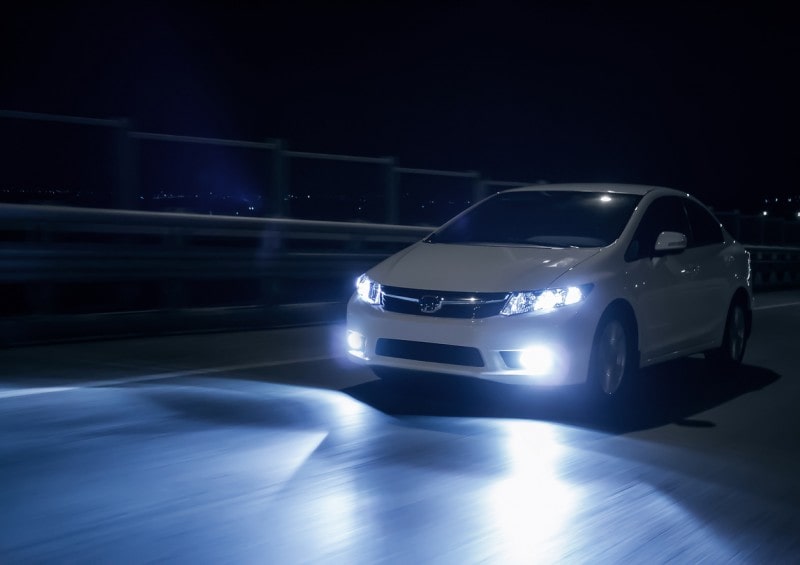