The electric car industry is growing rapidly and is undoubtedly something worth considering as you move forward, largely due to the financial and environmental benefits that EVs (electric vehicles) can offer.

Giants of car manufacturing are pumping money into their research and production, with some of the best electric cars today being the BMW i3, Nissan Leaf, Hyundai Kona Electric, Jaguar I-Pace and the famous Tesla Model S.

In this guide, we will cover the best EVs available, their price, whether it is best to buy or lease, and pretty much everything else you need to know about the growing phenomenon that is electric motoring.

How Do Electric Cars Work?

How much do Electric Cars Cost?

How Do Electric Cars Work?

Electric cars work by using electricity stored in a traction battery pack to power their motor, and are plugged into charging stations to recharge when the battery is low.

Using these new methods, the EVs emit far less greenhouse gas than the traditional diesel and petrol vehicles, making them a popular choice among forward-thinking environmentalists.

Types of Electric Cars in the UK

There are three main types of EV in the UK – BEVs, HEVs and PHEVs – which vary in the way that the car sources its energy.

No petrol or diesel is required whatsoever with BEVs as they get all their power from electricity, hence them also being known as ‘plug-in EVs’.

The battery is charged at an electric charging point, which can be installed at your home and found at some petrol stations across the UK.

HEVs use two sources of energy. Initially, HEVs use their electric power but then transition to using petrol in order to sufficiently deal with an increase in speed or weight.

Complex computer systems within the vehicles operate both the electric and internal combustion engine, adapting the vehicle’s power in accordance with the driving conditions.

Similarly to HEVs, PHEVs also use both electricity and the traditional internal combustion engine as their energy sources.

PHEVs’ batteries can either be charged by the regenerative braking system (as explained above) or by plug-in charging stations. There is also a system in place that allows the vehicle’s internal combustion engine to recharge the battery when electricity decreases.

Bear in mind that our focus in this article is the pure electricity vehicles, the BEVs – see our article All You Need to Know About Hybrid Cars for more information on hybrid vehicles.

What are the Best Electric Cars Available in the UK in 2019?

The same names tend to crop up when discussing the best electric cars, which generally include:

All are mentioned for different reasons, though. What you deem the ‘best’ is determined by your desires and needs – whether you want speed, value for money or practicality – so we will break it down for you.

The Fastest Electric Cars in the UK

If performance is what you desire, Tesla is the manufacturer for you.

The Tesla Model S can reach a top speed of 155mph, depending on the version and options.

The 100kWh P100D version’s impressive acceleration matches and topples near-enough all hypercars with a recorded 0-60mph time of 2.28 seconds. Only a Porsche 918 Spyder, LaFerrari or Bugatti Chiron has a chance of beating it out of the blocks.

The Cheapest Electric Cars in the UK

Although some customers will be put off by the typically high price of EVs, their running costs are the most important financial benefit.

Prices vary in relation to whether the cars are new or used, the version and the dealership you purchase from, but the cheapest electric car available in the UK at the moment is the Renault Zoe.

You can also nab a new Nissan Leaf for £29,635, so be sure to shop around for the best deals near you.

Of course, you can get the tiny Renault Twizy from £6,590, but it’s far from a practical road car with less than 50 miles of range and an approximate top speed of 50mph.

Leasing may work out cheaper than buying, so why not browse the many leasing deals on offer?

The Most Practical: Which Electric Car Has the Best Range?

Electric vehicles vary greatly in terms of battery life and the mileage that they can therefore travel before having to be recharged. The EVs with the longest motor range on a single charge are:

How much do Electric Cars Cost?

The price of new electric vehicles ranges massively, from around £21,000 for a Renault Zoe hatchback, to around £73,500 for a more powerful Tesla Model S.

There are cheaper EVs and there are more expensive EVs, but the range of electric cars is constantly increasing in order to cater to each individual’s circumstances.

Buying vs. Leasing an Electric Car

Buying an electric car can seem expensive at first, due to rather high prices, but their running cost is what saves drivers money.

EVs are significantly cheaper to run than your average petrol or diesel motor, so be sure to get a good understanding of their costs before you commit to buying or leasing.

The trend of leasing is continuing to grow and many experts advise customers to lease an electric car rather than buying.

By leasing an electric car, you are able to upgrade your vehicle every two or so years, which means that you are guaranteed to receive the ever-updating technology upgrades faster.

Getting an EV on lease also allows you to avoid the unpleasant depreciation (which can reach around 52% in EVs), you will receive more incentives, and you can be offered useful loyalty bonuses.

It’s also always useful to receive a new battery, as they are expected to degrade by 40% within 100,000 miles.

There is certainly money to be saved through leasing an electric car, simply change the ‘fuel type’ category to ‘electric’ and you can browse through the current EV leasing deals available.

Charging your car at home is the simplest method. New electric cars include an EVSE (Electric vehicle Supply Equipment), which means that EVs can be charged safely at home – and pretty much anywhere with a mains socket in the UK – using a standard domestic plug socket.

Despite the EVSE being a safe and simple way of charging your EV, having a dedicated home charging point fitted by an electrician is the safest and more efficient way of charging.

The home charging point will cost you approximately £1,000, which isn’t ideal. However, the electric vehicle home-charge scheme provides a grant from the government that will cover around £500 of the cost.

As well as being safer, the EV home charging points reduce the car’s charging time by around 30-60%, depending on the type and power of your vehicle.

There are also public electric car charging stations available, often found within service stations, which can provide a rapid charge of up to 80% in as little as 20 minutes for some cars.

The public charging stations are useful for longer journeys, allowing you to recharge whilst having a break at the service station.

It is also worth noting that the government provide a Workplace Charging Scheme, for electric car drivers who use the vehicle for business purposes.

How Much Does it Cost to Charge an Electric Car?

At home, charging an electric car will cost you around £3.64 for a full charge, depending on the type of vehicle.

A Nissan Leaf (30kWh) will cost less than £4 to charge at the average overnight electricity rate of 13p per kWh, giving you a practical range of around 115 miles.

Can I Charge my Electric Car for Free?

There are opportunities to top up your car’s charge for free at public stations, which can be found at supermarkets and car parks.

The facility will usually provide free charging for the duration of your stay, giving you an added money-saving incentive to visit.

The government has dedicated over £400m to improving charging infrastructure for EVs, which has in turn given EV users significant incentives and financial benefits.

Also known as the Plug-In Car Grant, this covers 35% of the cost of a car and 20% of the cost of a van. There are limits, but this is a great incentive, lowering the upfront cost by an amount that can sometimes reduce the overall price of the electric version of the car to be cheaper than the standard.

Quite simply, if your EV was bought for less than £40,000, it is exempt from the annual road tax. There are also tax reductions for company cars that emit less than 50g/km of CO2.

As mentioned previously, there are also grants provided by the government that allow you to receive up to 75% off the cost of having an EV charge-point installed at home.

Electric vehicles are an obvious choice for some, but make sure that you weigh up your own particular situation prior to purchasing one, including the amount of miles you cover yearly.

The future is certainly bright for the electric vehicle industry, with many leading car manufacturers investing a serious amount of time and effort into the area.

An example of how rapidly the market is evolving is the development of mileage the EVs are able to cover on a single charge; from the Nissan Leaf’s 73 miles in 2010 to the Tesla EVs that cover over 300 miles.

This change has occurred within the last decade, so there seems to be endless possibilities for these electric cars to adapt and evolve to perhaps become the leading form of transport one day.

Electric cars and their batteries are undoubtedly improving, making the switch to electric motoring more appealing to the wider audience and more accessible to regular road-users.

Their running costs are low, their aesthetics are being refined, the interior is always beautifully modern and they are outstandingly better for the environment than petrol or diesel cars. What’s not to like? 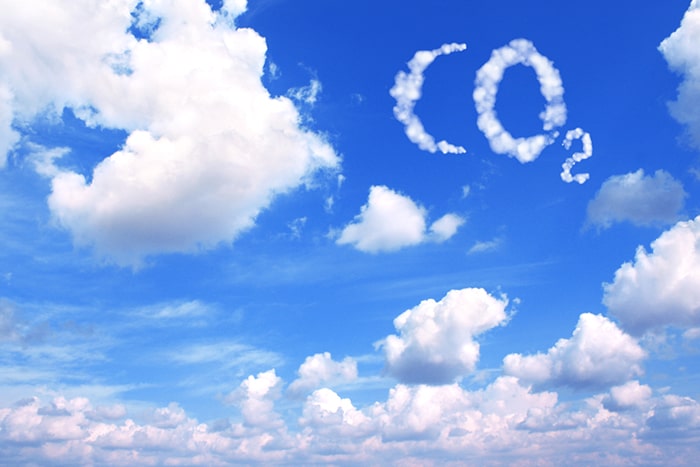 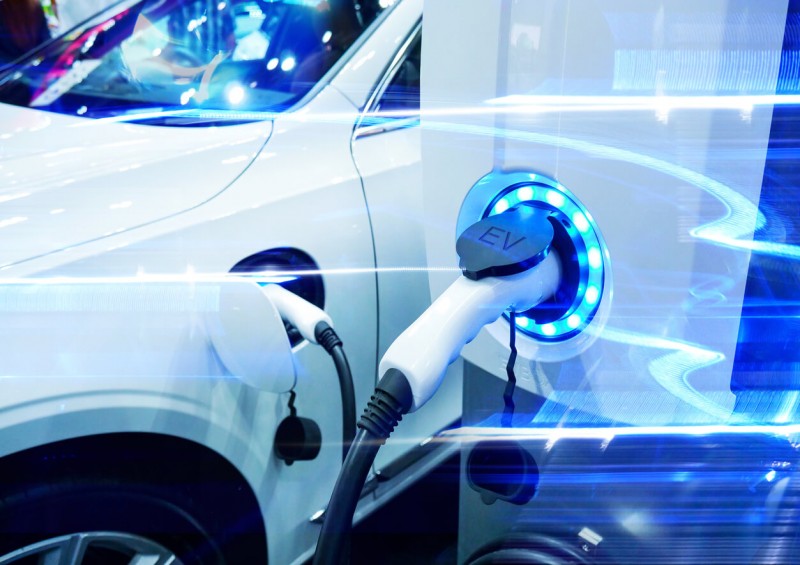