Daimler, Ford and Nissan to Collaborate on Fuel Cell Tech

Moving forward with fuel technology, the development of hydrogen-based fuel cells for car engines has become a global collaborative effort.

A statement from Daimler, Ford and Nissan declares that the three car giants are working together to “interact on a gas cell system” in order to “speed up availability” of hydrogen-fuelled cars at a lower price.

Their goal is 2017 – likely two years later than hydrogen fuel cell cars will come out of the stables of Toyota and Hyundai given expected events.

Amusingly, rumours from Nissan join those of their eastern contemporaries regarding fuel cell technology – perhaps it is a sign of everything coming together.

The positive spin on the statement released today is that the cooperation of these businesses must “lead to [the] launch of [the] world’s first affordable, mass-market fuel cell electric vehicles.” We shall see!

There’s a long-running joke that hydrogen is the gas of tomorrow – and that it always will be. That said, today’s press releases also note that “together, Daimler, Ford and Nissan have significantly more than 60 years of collective knowledge creating FCEVs [Fuel Cell Electric Vehicles]”, so perhaps that tomorrow is getting closer.

Already Daimler has shown waves in the arena, with the most advanced public hydrogen fuel cell program of the three.

They have sent out lots of F-Cell vehicles for pilot programs as well as testing hydrogen technologies in buses for Davos delegates.

Today’s announcement involves a sharing of technology as well as helping to establish global standards for components and features. That shared tech will be a fuel cell stack, fuel cell system and “other FCEV components” – providing features for each company to use in its vehicles going forward. 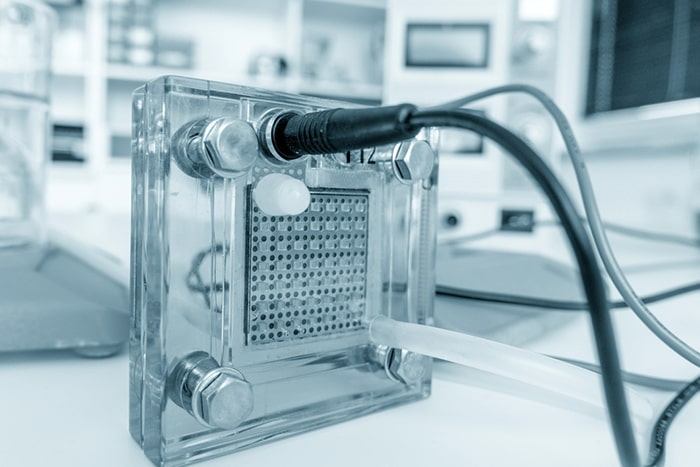 Daimler, Ford and Nissan to Collaborate on Fuel Cell Tech