When choosing the fuel option for your new car purchase or lease (whether a brand new or used car), it is important to consider how you are going to be driving it.

For many people, the question comes up regarding diesel cards and town driving. Is there a clear answer? Perhaps…

It comes down to how the engine creates its power. Diesel and standard petrol engines work in slightly different ways, leading to a different experience both in terms of driving and fuel economy.

A diesel engine reacts slower and with less power than its petrol cousin, but produces better economy with large loads or over longer sustained distances. It is for this reason that most large commercial vehicles (buses and trucks, for example) are powered by diesel – they are large, even huge vehicles carrying greater loads over longer distances.

But what about when you are in a city? Do the additional expenses of a diesel engine translate to savings in running costs for urban drivers?

Any engine is very inefficient when it is cool. The first fifteen minutes or so of any trip are generally poor for fuel economy, no matter what you are driving – the advertised miles per gallon rate means very little in that first quarter of an hour. This means that if your trip is just short – like a hop to the supermarket or local work commute, you are suffering poor fuel economy no matter your engine type.

A second factor is stop-start operating. Even once your engine has heated up thoroughly, it will suffer a loss in efficiency if you are regularly stopping and restarting at traffic lights, for example.

Those used to a petrol driven car may consider the diesel alternative slightly laggy off the mark, with a slower initial acceleration than they are used to.

In trying to compensate for this, it is easy to settle into a tendency to put your foot down a little harder and then have to react with subsequent braking to slow it down again as it passes 20mph.

These natural human mistakes can have a negative impact on the fuel used by the vehicle and this type of driving is going to be costly when compared to correctly using the brake and accelerator.

Of course, it is possible to perfectly operate a diesel car to avoid these mistakes, but it can require subtle relearning and a level of concentration often absent from experienced drivers.

And whether or not you are driving diesel or unleaded, idling at traffic lights uses fuel and drops your economy statistics without prejudice.

Driving in towns is poor for both petrol-based and diesel cars, but the slightly slower reaction time of the diesel engine, when coupled with inexperience and understanding, can bring the fuel economy of the latter down despite raw statistics suggesting otherwise.

Any diesel vehicle built in the last decade is likely to include a Diesel Particulate Filter (DPF) system.

This technology has been developed to prevent the unpleasant black smoke that you can see belching from older diesel motors and is one of the factors which makes diesel a more realistic option for many buyers – after all, no one wants to be the cause of unsightly and smelly smoke at the lights!

The DPF collects the soot particles and passes it through a filter after which it melts the soot away.

In reality, the environmental effects are the same – the chemicals are still released into the atmosphere, but with a DPF those reactions are invisible and with the absence of a black cloud and associated smell, it is easy to believe DPF-fitted engines are more environmentally sound and it is, in truth, a significantly lower health risk for those in the area.

The Diesel Particulate Filter needs to reach a high operating temperature before it can eliminate the soot. Of course, in a car it isn’t hard to obtain a high temperature, but in reality, it takes 15-20 minutes before it is at an optimum level and another 15 minutes to perform the reaction to fully clear the filter.

When DPF systems were first added to cars, few truly understood this need (both in terms of customers and dealers) and the appropriate explanations were often missed.

In real terms, if the driver doesn’t regularly (at least once a week) drive the car for a full 30 minutes or more in a single drive, then the DPF feature cannot perform its job. The filter becomes clogged and fails to perform its duty – eventually breaking completely and needing a replacement which can be extremely costly.

For anyone who regularly takes these medium length trips, there is no sign of any effect at all – the DPF works at its optimum level and the filter lasts for many years without requiring a change. If the vehicle is only used for short inner-city trips, however, the resulting issues with the DPF filter can add a substantial level of cost to ownership. Worse, it’s a cost which is easily not-understood.

If your regular use of the diesel car doesn’t include a half hour or longer weekly trip, then it may be that you need to plan a regular excursion just to clear the filter every week or two, and there’s no way that’s helping with your fuel economy!

Of course, this technology is continually improving, and more recent vehicles include superior DPF systems and improved computer settings which allow for faster and more effective burning off of the smoke – meaning newer cars suffer a lot less from a need for regular filter-clearing trips.

It’s still a difficult situation for sellers, however, many of whom have had to cope with angry clients who understandably object to paying thousands of pounds to replace a system they were not informed about at the time of purchase.

Mis-fuelling – Filling with the Incorrect Fuel

It may seem like a ridiculous thought, but misfuelling is far more common than people think. You pull into the petrol station, grab the pump and start filling up without really processing what you are doing.

In fact, the AA state that over 150,000 people in the UK mis-fuel per year – which equates to one every three-and-a-half minutes!

For most, it’s a case of merely failing to adapt to a new car. If you are moving from petrol to diesel or have multiple cars in your household with different fuel systems, it is easy to pick up the same coloured pump you always have done and add a tank of damaging liquid to your car.

Damage caused by mis-fuelling isn’t usually covered by any guarantee so if your engine becomes broken as a consequence you could be looking at a bill of thousands of pounds. Even if the engine survives the experience and you are lucky, the subsequent towing, draining and washing is a costly and time-consuming exercise you’d probably rather not do.

While this isn’t a function of diesel engines as such, it is a factor to be considered when choosing a fuel type different to the one you have become used to for years, especially if you continue to have a petrol car in the family you will be switching back and forth from.

The factors do add up to suggest that owning a diesel car for inner city driving is a bad idea, but in truth it has to do with your general usage and the load you tend to carry.

A heavy car is going to cost a lot more in petrol than diesel and if you have a big family with pets and a love of camping, the fuel economy on those holidays is going to be substantially better with a diesel vehicle.

The wide advice given is that if you are going to average over 10,000 miles a year for three years or more, then the diesel vehicle makes sense.

Anything under that, and it probably is more reasonable to stick to petrol.

Always take into account other factors – from the cost of the vehicle, the length of time you plan to drive it, and the associated insurance. 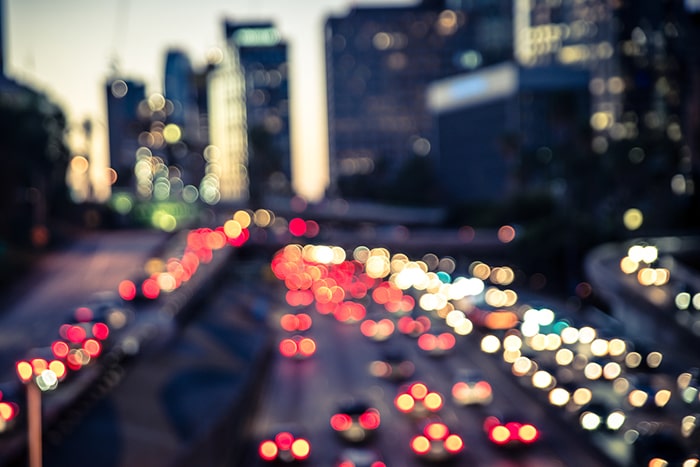